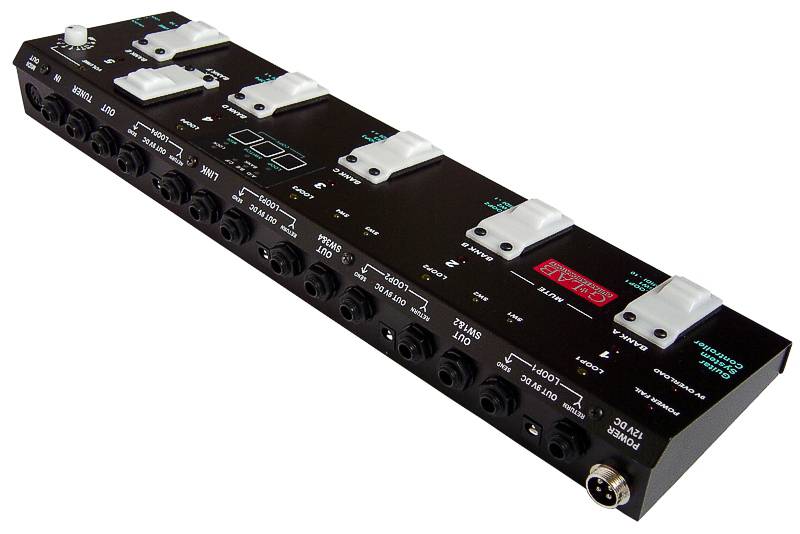 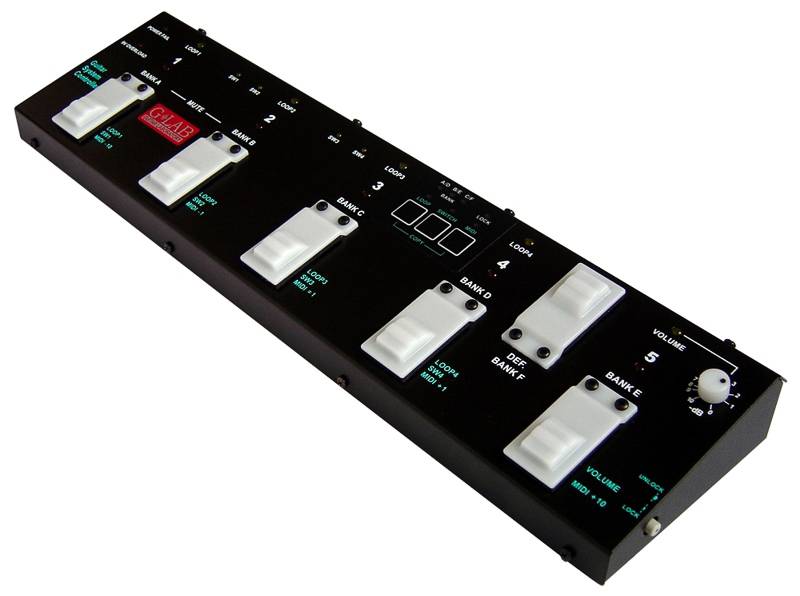 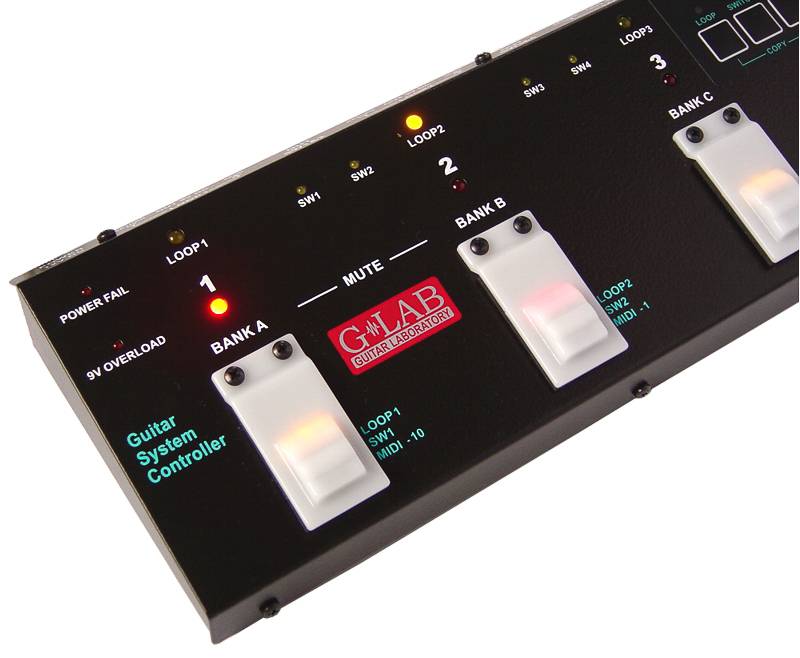 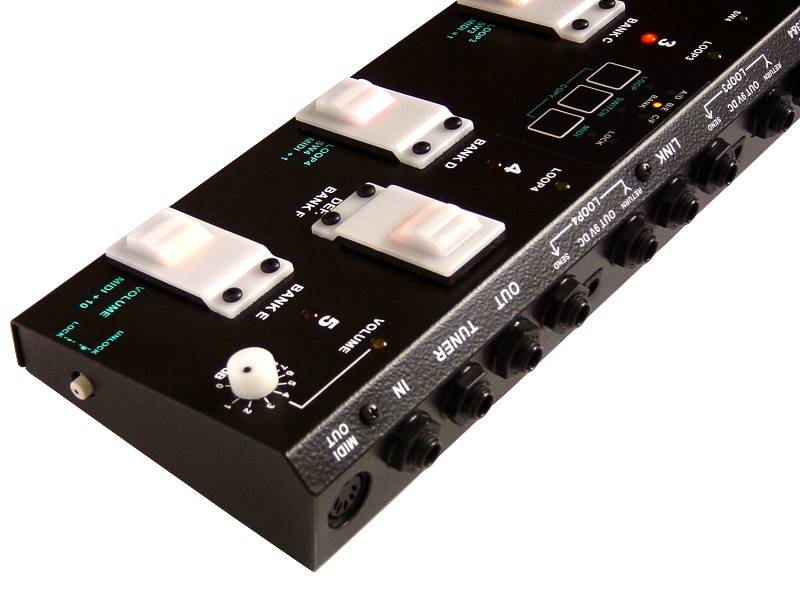 In consequence, a lot of players have a collection of different equipment: pedal effects (stomp box) - single or multi ones, pre-amps, amps, etc.
The necessity to switch between various effects appears not only between different songs played but also during a particular song. Switching between effects and adjusting their proper settings (collectively called presets) is relatively difficult to operate (necessity to press several footswitches and/or to turn the knobs and press switches or buttons at the same time).
After some time the problem of switching and setting effects limits the performance and creative capacities (it is useless to create performances which can't be realised).
The Guitar System Controller is an analog device designed to enable easy selection of a preset from the wide range of offered ones by pressing just a single footswitch. At the same time the GSC improves the comfort of use and sound quality. The GSC enables the further development of a guitar system.